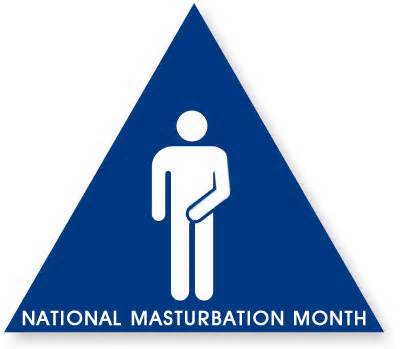 To start, there actually is a difference between National Days and Awareness Days.  Awareness Days are usually health related and seek to raise awareness of various illnesses and diseases.  National Days are usually staged by commercial organizations to promote their products and services.  But who decides what day is a national day?  Does it require an act of Congress or can any entity just deem it “National Blow-Job and a Steak Day” (March 14 – really!).

Apparently anyone can apply to the United Nations or their government to have their day formalized.  Unless the day is racist, sexist or otherwise hateful, it’s generally accepted.  There’s even a website where you can apply to have your day formalized by answering four simple questions and paying $300.00. 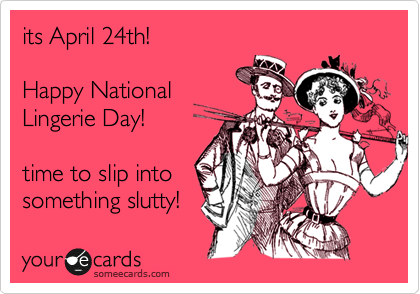 The origin of National Lingerie Day is apparently the brainchild of the Intimate Apparel Council.  This industry group is made up of U.S. designers, brands and retailers.  Apparently in April 1989 they began promoting National Lingerie Week to “reaffirm the message that intimate apparel is fashion.”  They wanted a week-long celebration of in-store promotions, unique prices and fit clinics.  Frederick’s of Hollywood then picked up the torch and began promoting it as a special day in their stores and on their website.

What’t interesting to us at Fantasy Gifts is why more lingerie stores are not promoting this event.  The Intimate Apparel Council does not even mention it on their website anymore.  The top three lingerie retailers – Victoria’s Secret, Wal-mart and J.C. Penney – are not even mentioning this day.  And even Frederick’s of Hollywood, who started the craze, appears to not be celebrating it this year.