For those of you who have been living under a rock for the past week, the trailer for the movie 50 Shades of Grey was just released with much fanfare!  Not only was the trailer premiered on the The Today Show, but in just over a week the trailer has garnered over 13 million views on You Tube.  So what is it about this book that has inspired, to quote to the trailer, a “worldwide phenomena?”

Perhaps it’s because E.L. James started with familiar, popular characters and built on them.  For those of you who don’t know (because you’ve been living under that proverbial rock) “50 Shades of Grey” was originally written as a piece of fan fiction based on the popular Twilight Series by Stephenie Meyer.  Of course, those books were hardly great literature either, but they struck a chord with young, female readers who loved the idea of a strong, wealthy, handsome protagonist who saw the beauty in a shy, awkward girl with a serious self-esteem issue.

Certainly the book has encouraged people to become more adventurous.  No one needs to invest in a Red Room of Pain (how would you hide that from the kids anyhow?) but a little light bondage/restraint can be great fun.  The 50 Shades of Grey Toy Collection has just been released and contains everything from Soft Limits Deluxe Wrist Ties to a Hard Limits Restraint Kit and everything in between.  But more about the collection in another blog.

Between now and the movie’s release on Valentine’s Day in 2015, we’ll fill you in on other items in the collection and products from other vendors that we love that will help you explore that lifestyle portrayed in 50 Shades of Grey.

We are also planning a Fifty Shades of Valentine’s Contest to start on October 1st and run through February 1st 2015 to gear up for the Big Event. You can read our Official Rules and see all the ways you can increase your chances to win. Better yet, you should just get started and enter to win on Facebook today!

Ready or not, it’s coming!  The fourth of July.  While some may argue that celebrating our nation’s independence from British rule is one of the unsexiest holidays ever – we completely disagree!  July is summer – hot and sexy!  Free yourself from social constrictions and celebrate with a bang!

Most people probably don’t think much about sex in colonial times – heaving bosoms aside, all those clothes and social mores must have put a damper on sexual freedom.  However, the ironic thing is that in many ways, we are more Puritanical about sex today than we were back then.  According to Richard Goodbeer’s Sexual Revolution in Early America, most Colonists had a pretty liberal view about sexuality.  Because there was no expectation of privacy, Americans were exposed to sex early and often. It was generally understood that sex was normal and healthy and therefore should not be concealed, but celebrated in bawdy books, songs and stories.

Fantasy Gifts NJ believes the best way to see fireworks is together.  The following products can be used alone but when used in partnership with each other it creates an even more explosive experience. 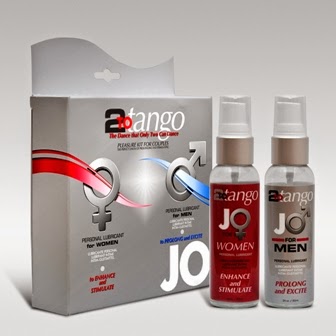 The Dance that Only the Two can Dance! This products creates the perfect union of prolonging and stimulating personal lubricant kit for women and for men.  This product contains a formula for women to enhance & stimulate, provide heightened sensation and enhanced gratification.  The formula for men is intended to prolong & excite!  The result is harder, stronger and prolonged lovemaking!

ON Power Glide for Him and ON Arousal Oil for Her

ON Arousal is the most revolutionary female arousal product on the market – perfect for the fourth of July! This shockingly powerful botanical formula creates a warm and extremely unique buzzing sensation that awakens the nerve endings, increases blood flow and makes a woman feel more sensation than ever before!  ON Power Glide for him naturally boosts his performance and increases his sex drive.  The combination of these two products will make for an explosive holiday! 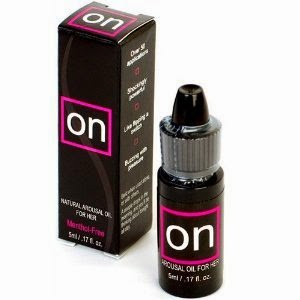 Forta for Men is 100% all natural supplements designed to maximize the human body’s potential for arousal and blood flow. Forta for Men is a new remarkable fast acting all natural sexual enhancement product that makes the most of a man’s natural potential, allowing him to fortify his sex life naturally. Once Forta For Men has been consumed an erection usually takes place within 45 minutes, and the effects can last 2 t

Forta for Woman is formulated with only the purest ingredients and is designed to work naturally with a woman’s body to fortify desire, orgasms, and overall sexual appetite.

Forta For Women does more than boost desire and improve physical performance. Taking the product 45 minutes prior to any sexual activity will fortify a woman’s response time, sensitivity, and lead to more powerful orgasms and greater sexual satisfaction.